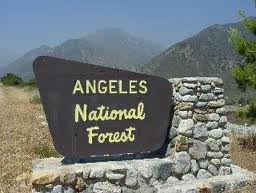 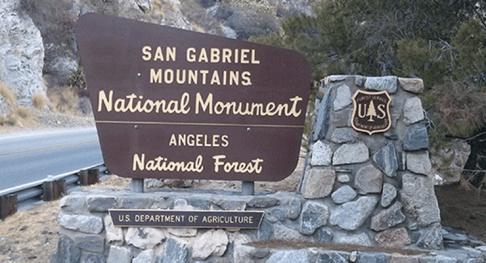 And the new. (Courtesy Pasadena Now)

Just as millions joined women’s marches around the country in January to protest the election of President Donald Trump, now more than 100 hunting and fishing business owners and sporting organizations, and a California state congresswoman are reacting to the president’s executive order to review the Antiquities Act.

While the earlier protests were shouted into megaphones and emblazoned on signs, this one is quieter, in the form of a letter to Congress and a renewed attempt at legislation.

” We are writing in support of the Antiquities Act of 1906 and to request that it be used responsibly and in a way that supports the continuation of hunting and fishing in America,” begins the letter, signed by multiple companies across the country, including Abel,  Charlton and Ross reels in Colorado, but only one firm in California.

“The outdoor industry accounts for $887 billion in consumer spending and 7.6 million jobs, making it one of the largest economic sectors in the country,” said Jen Ripple, editor in chief of DUN Magazine and a Tennessee resident. “Much of this economic output depends on public lands. Tools for conservation like the Antiquities Act will help ensure that America’s public lands remain not only a great place to hunt and fish but also an important pillar of the hunting and fishing industry.”

Interior Secretary Ryan Zinke, currently in Bears Ears National Monument in Utah, must produce an interim report in June and make a recommendation on that national monument, and then issue a final report within 120 days.

According to NewsMax,  Trump said the protections imposed by his predecessors “unilaterally put millions of acres of land and water under strict federal control, eliminating the ability of the people who actually live in those states to decide how best to use that land.”

The land-controls have “gotten worse and worse and worse, and now we’re going to free it up, which is what should have happened in the first place,” Trump said at a signing ceremony marking the executive order.

Trump accused Obama in particular of exploiting the 1906 Antiquities Act in an “egregious abuse of federal power,” adding that he was giving power “back to the states and to the people, where it belongs.”

In December, shortly before leaving office, Obama infuriated Utah Republicans by creating the Bears Ears National Monument on more than 1 million acres of land that’s sacred to Native Americans and home to tens of thousands of archaeological sites, including ancient cliff dwellings.

“President Trump has declared an open assault on our nation’s natural resources and outdoor spaces in favor of energy companies and oil exploration. Well I will not let him threaten our rivers, forests, wildlife, and outdoor opportunities in the San Gabriel Mountains. That is why I am proud to be reintroducing this bill to establish a National Recreation Area and expand monument designation boundaries, Chu said.”

At the time of its creation, some local conservation groups, including the Arroyo Seco Foundation, wondered why the national monument borders precluded some areas of the San Gabriel Mountains.

In an interview with Jeff Vail, supervisor of the Angeles National Forest and the national monument, that appeared in Sunday’s Pasadena Star-News, readers got a taste for what changes have occurred within the monument.

“The first year, we had five field rangers, last year, we had eight or 10 and this year we are upping that to 14,” he told columnist Steve Scauzillo. “We have a volunteer coordinator, Chris Fabbro. He has been in place now for close to two years. We have new positions, a partnership coordinator and conservation/education coordinator.”

According to Vail, last year Congress appropriated $33 million to his budget, while corporations have donated $5 million since 2014.

If you want to weigh in on why this national monument so close to 14 million Angelinos is important, comments may be submitted online after May 12 at http://www.regulations.gov by entering “DOI-2017-0002” in the search bar and clicking “Search,” or by mail to Monument Review, MS-1530, U.S. Department of the Interior, 1849 C Street NW, Washington, DC 20240.

According to the Interior Department, this is the first-ever formal comment period for Antiquities Act monuments.